Japanese Angelica Tree (Aralia elata) (JAT) is a non-native, invasive tree introduced to the United States in 1830 as an exotic ornamental. First found in Monroe County in October 2019, JAT has become a large problem in urban areas of the Lower Hudson and Philadelphia areas for quite some time. JAT is very similar to our native Devil’s walkingstick (Aralia spinosa), with the only difference typically the presence of a main central axis in the inflorescences of Devil’s walkingstick whereas JAT does not have a main central axis. JAT quickly populates open, urban, and disturbed habitat, spreading quickly via root suckers and both sexual and asexual reproduction.

The District, in collaboration with SUNY Brockport, FL-PRISM, and Monroe County Park Dept, surveyed county parks, state wildlife management land, and state parks in Monroe County and eventually treated all populations found in the county. As of October 2020, JAT has only been found in Mendon Ponds Park and Durand Eastman Park. All populations at these parks were treated and removed before the end of October 2020 by Monroe County Parks Dept staff. Tall trees were cut down via chainsaw, then had a stump herbicide applied to them to prevent new growth. Smaller individuals required a foliar herbicide application only. Populations will continue to be treated as regrowth occurs. 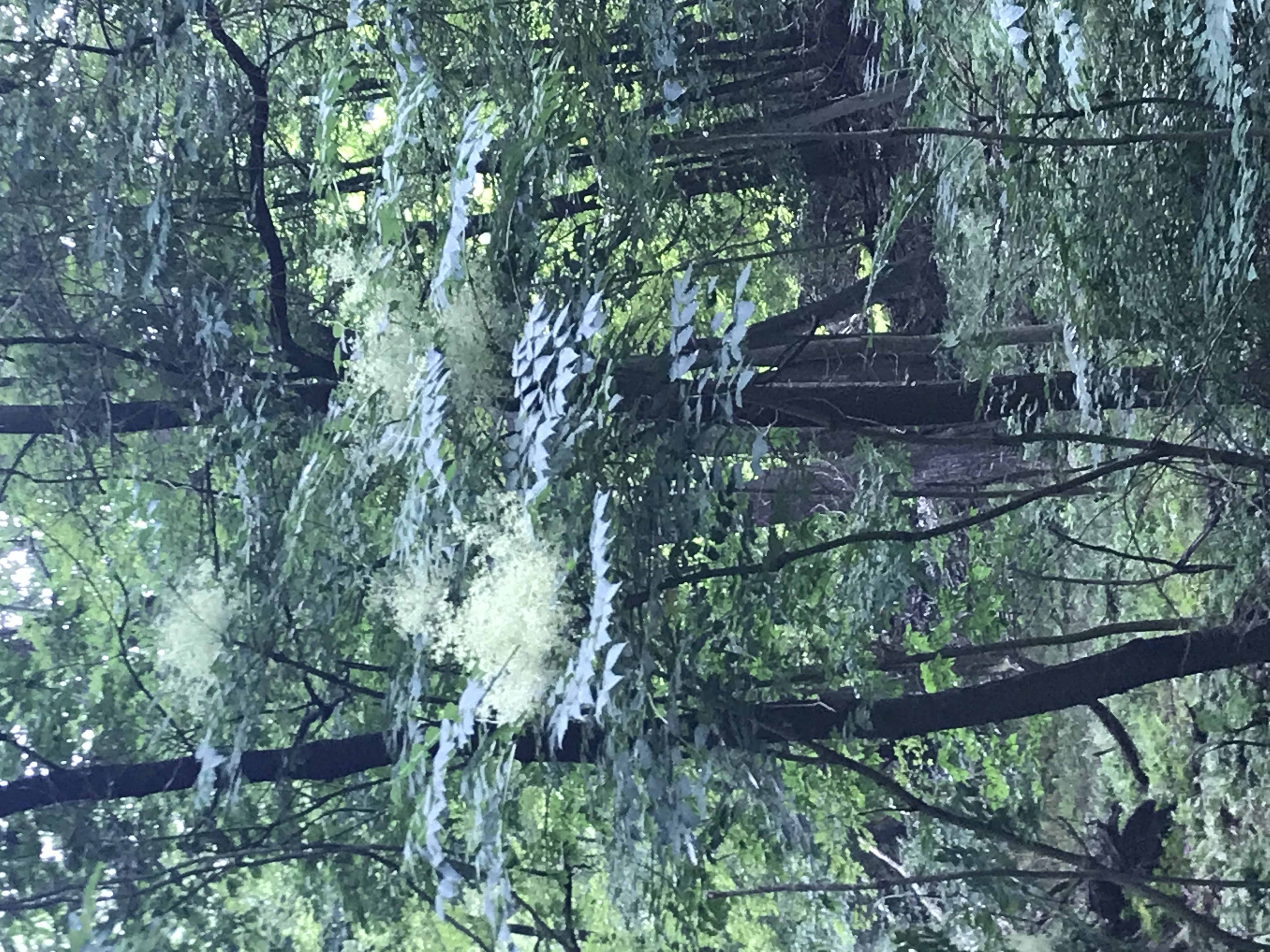 JAT is a tall, skinny tree with prickles along the bark, leaves, and leaflets. It often grows in dense clumps 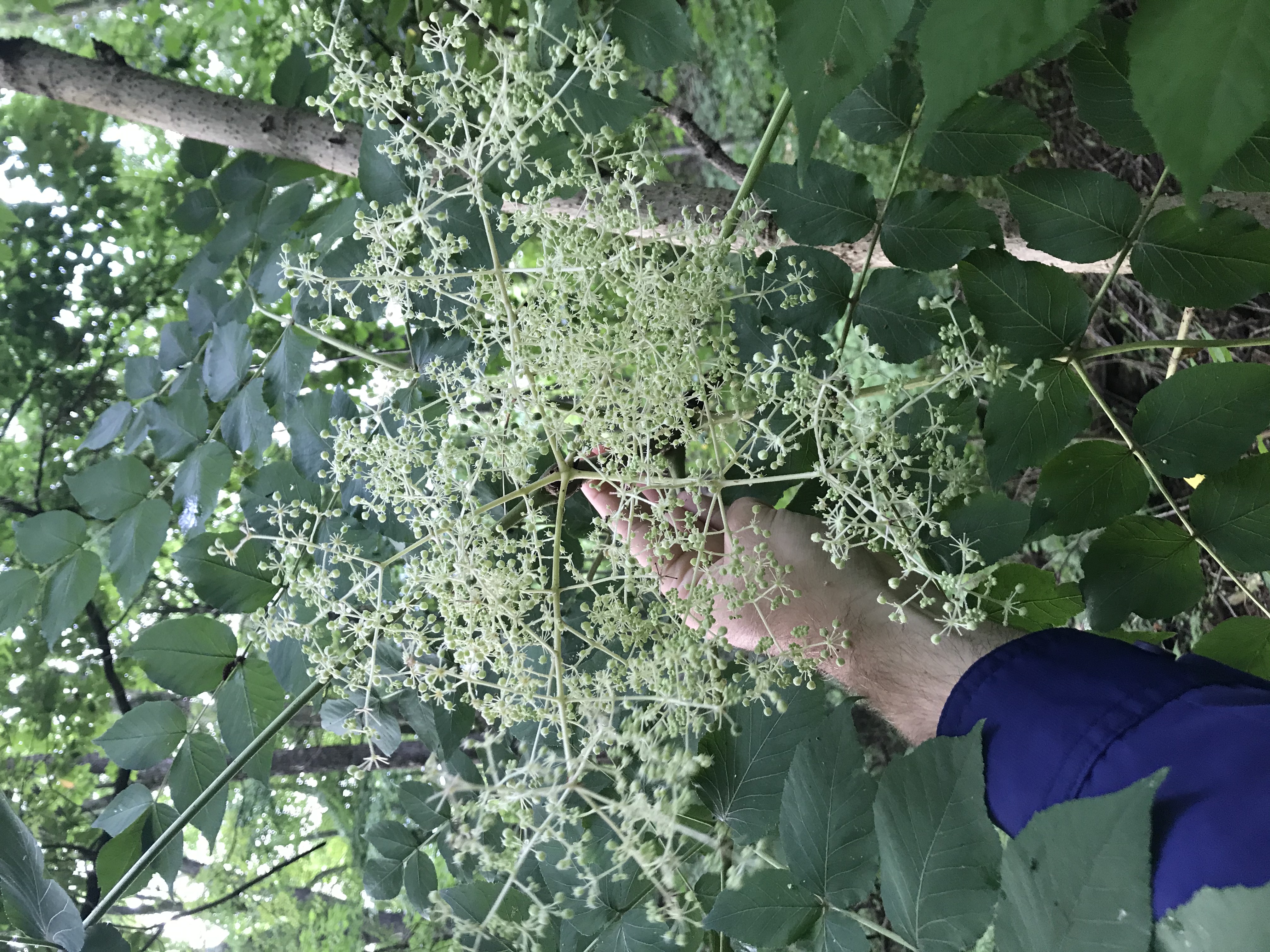 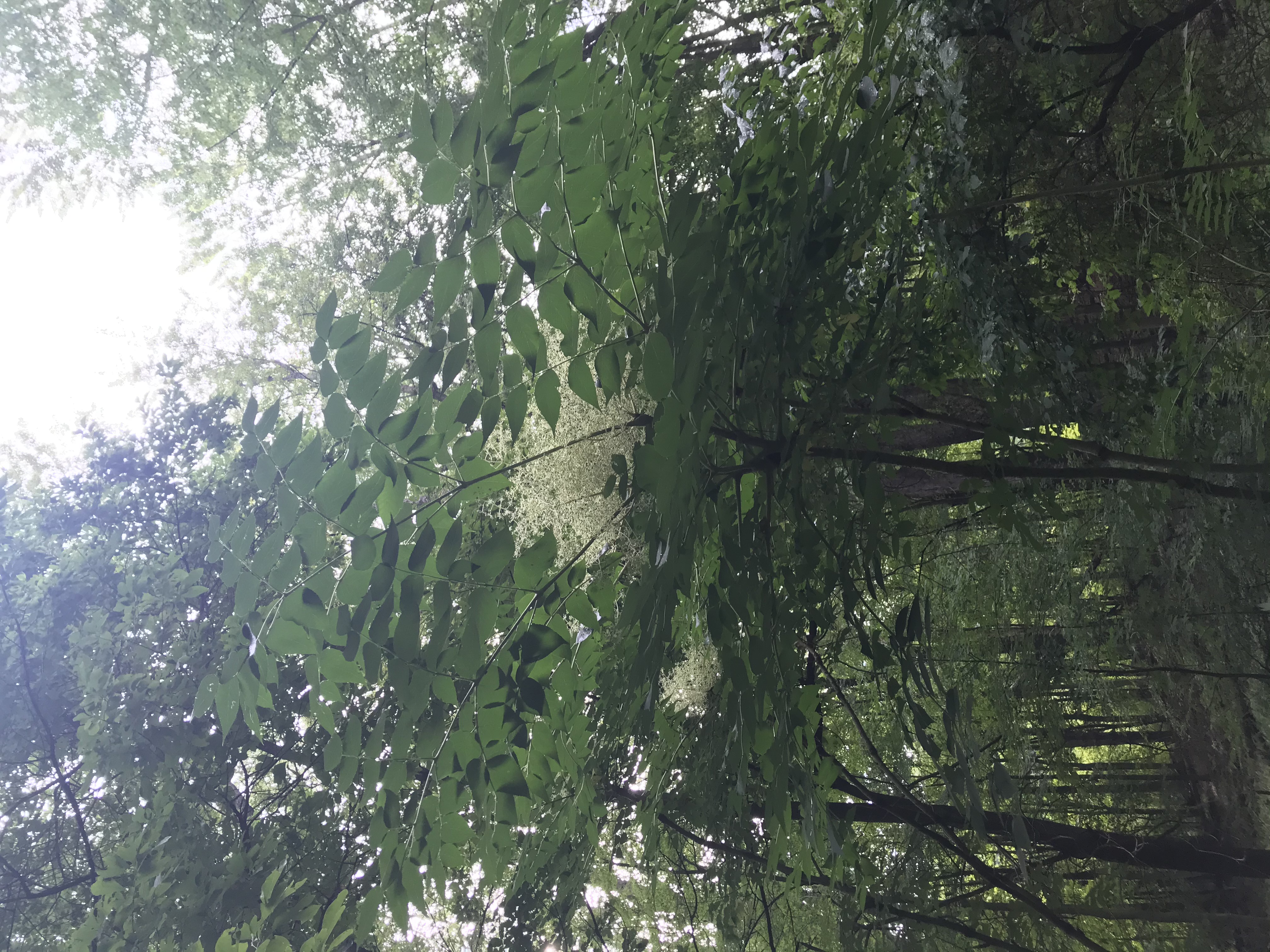 Leaves of JAT can reach over 1 m wide and 1 m long, effectively shading out any native vegetation beneath.

If you suspect Japanese Angelica Tree: